How the Leelanau Peninsula Became an American Viticultural Area

How the Leelanau Peninsula Became an American Viticultural Area 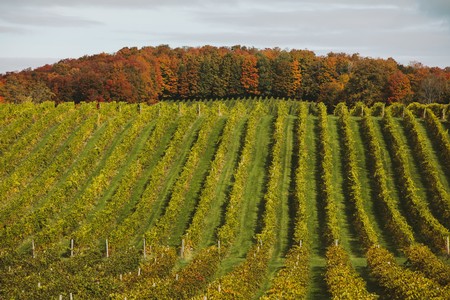 There are 267 American Viticultural Areas throughout the United States, as of August 2022, according to the Alcohol and Tobacco Tax and Trade Bureau (TTB). Of the nearly 300 AVAs, Michigan has five - with the Leelanau Peninsula being one of them!

An American Viticultural Area, or AVA, is described as a “delimited grape-growing region with specific geographic or climatic features that distinguish it from the surrounding regions and affect how grapes are grown.”

The Leelanau Peninsula earned its AVA status in 1982. This was made possible, in part, by Bernie Rink, the founder of Boskydel Winery, and Larry Mawby, the founder of MAWBY Vineyards & Winery.

The Leelanau Peninsula AVA became the second AVA in Michigan - not long after the Fennville AVA, which officially became one in 1981. 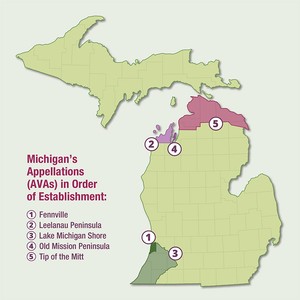 (This is an infographic of the American Viticultural Areas in Michigan. Courtesy of Michigan Wine Country)

According to Michigan Wine Country, the Leelanau Peninsula AVA benefits from lake effect, just like its counterparts in southwestern Michigan. The area has Lake Michigan, Grand Traverse Bay and Lake Leelanau to help moderate temperatures.

The Process to Become an AVA

When sending in an application to become an AVA to the TTB, there are a few things you need to include. Those items are:

The entire process - done by the TTB - to become an AVA could take several years. It is unknown if an area has ever had their AVA status revoked. While this may be the case, there have been several areas in which the boundaries have been adjusted.

There could, however, be limiting factors that would prohibit an area from becoming an AVA. One of the big factors is if grapes are not grown within the potential AVA. “There must be some way to delimit the area such that the qualities of grapes grown outside the area are demonstrably different from those grown within the area,” explains Mawby.

Vineyards throughout the Leelanau Peninsula tend to have soil that has sandy loams and are well-drained. This allows for the vines to be deeply rooted.

With being in a cool climate wine growing region, Michigan experiences cold springs and warm fall weather throughout the year. This allows our grapes to benefit from a longer growing season which helps viticulturalists get the most out of the fruit.

In total, there are more than 13,000 vineyards planted across the state. There are nearly 700 vineyard acres on the Leelanau Peninsula alone. 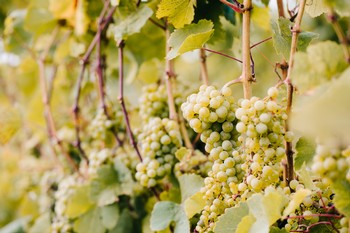 The Importance of AVAs

Establishing an AVA for your wine region is important in many ways.

When you have AVA status, growers and wineries are allowed to promote the source of grapes in wines and on the wine labels. Having the ability to do this guides the consumer to make selections that enhance the region’s reputation and the wines’ value.

The reputation of Leelanau Peninsula wines has grown in recent years. This is due largely in part to the research conducted to find out what varieties can be produced in this region, the investment in the vineyards, and increased knowledge in growing practices as time has passed.

With climate change and water resources shifting, there may be a possibility that some AVAs could change. Mawby believes this brings the opportunity for new areas to emerge as wine growing regions that deserve their own AVAs. 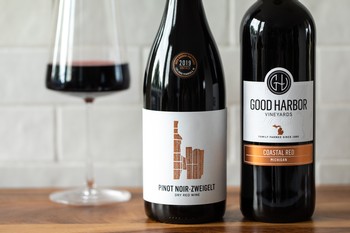