The Health Benefits of Drinking Wine

The Health Benefits of Drinking Wine

For the past decade, ‘Dry January’ has been something for people to take part in to start the new year on a healthy note. Studies show that having a glass of wine a day could possibly reduce your risk of numerous health issues including heart attack, stroke and even diabetes.

The Dietary Guidelines for Americans says that moderate alcohol consumption means having up to one drink (which equates to about 5 ounces of wine) per day for women and up to two drinks per day for men.

Some of the benefits of enjoying a glass of wine per day are increase in antioxidants, limit plaque buildup in your arteries and boost HDL cholesterol.

According to healthline.com, grapes have a high level of polyphenols, which are antioxidants that have been linked to reducing stress and inflammation. Since grapes used to produce red wine have higher levels of antioxidants than white grape varieties, your blood antioxidant levels may increase to a greater extent when drinking red wine.

Health experts say a 2-week study of 40 adults shows that consuming 13.5 ounces of red wine per day increased antioxidant status. High antioxidant levels have often been associated with a decreased risk of disease. Experts say drinking red wine could reduce the risk of you developing Alzheimer’s and Parkinson’s disease.

A study done by the National Library of Medicine found that nearly 5,000 adults demonstrated reduced inflammatory response after a moderate consumption of wine. Health experts say those who consumed up to 1.4 ounces of alcohol per day experienced less inflammation than those who didn’t drink.

In another study of 2,900 women, those who consumed a glass of wine per day saw significant reduction in inflammatory markers compared to those who abstained from alcohol.

While all varieties of wine have different characteristics, researchers have found red wine to have a less dramatic effect. According to a study of 87 adults at the average age of 50, drinking 5 ounces of red wine per day caused only slight reductions in inflammatory markers. 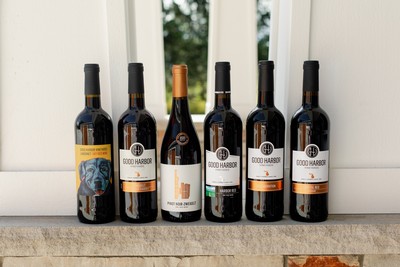 If you drink wine in moderation, you may also experience these additional benefits: